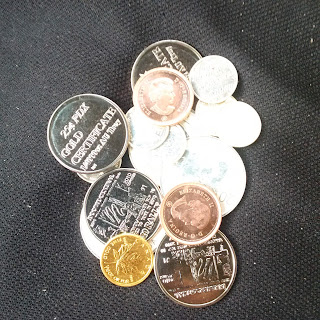 The Nation Of Hedonism currency is REAL money.  The currency is fixed to the gold rate at a rate of $1000 PDX (PEACE DOLLARS) = 1 XAU (one ounce of gold troy 99.9% pure or better).  The concept began in 2006 (before the existence of The Nation of Hedonism) and over the years it's slowly being turned into a real currency. It is the hope that the PDX will one day be an alternate currency system and that it may trade alongside other world currencies and Bitcoin.  It has a key advantage to Bitcoin being that the currency holds a tangible store of value, making your money much more secure.
In May of 2016, the first PDX coin was ordered and paid for.  5000 twenty-five cent pieces were ordered.  The coins are more than 23% backed in gold (Canadian and US law only requires them to be 5% backed).  The coins can be reedemed for their full value in gold at any time.  YES THERE REALLY IS A PDX CURRENCY!
PDX has 2 types of serial numbers:
The first type is used for coins issued by the Nation of Hedonism.  These coins have a number and are numbered beginning at #1.  Only coins issued by the Nation of Hedonism will have a number.
The second type of serial number is used for private coins that are minted for others.  These use 8 random characters consisting of numbers and capital letters. The letters: BCDGIJOQSZ will never be found in the serial number as they too closely resemble the numbers 125680.
--- 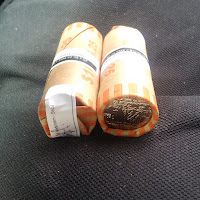 The Nation of Hedonism till currently has the following coins stocked in its till: 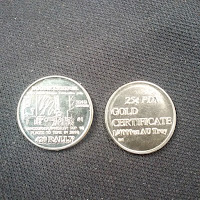 The NEW Quarter is the first of 10 in the DOOBIE CENTRAL Top 10 places to toke in Vancouver/Whistler 2010 series.  It is obvious from the first coin that this is a Top 10 list for the entire year and not just from "the 2010 games era", as the first coin is commemorating the Annual 420 Rally in Vancouver, which is in April, not February.  It is also obvious that there will in fact be 9 other quarters released at a future date.

The coin itself is a MULE. The obverse is minted upside down. This is due to a failure in communication when ordering the coins and is not the fault of Hoffman Mint. The finished product looks very nice :)

Yes, the coins serial number is #1, meaning this coin is being issued by The Nation of Hedonism.  The fact that the coins number is 1 does not mean that the 420 Rally is the number 1 place to toke. The number 1 means that this is the first ever PDX coin. The number is its serial number and has nothing to do with the ranking of the top 10 series. This will become apparent after the tenth Nation of Hedonism PDX coin is released.
Also, If you notice the date of the coin, it is 2010 - as in before the Nation of Hedonism began. This is because of the fact that the coins were designed and ordered (but never minted) by Doobie Central back in 2010, when the company was still a legal entitiy. The first coin is finally being minted now.
The original agreement back in 2011 was that Doobie Central would pay for 2500 of the quarters and the Nation of Hedonism would purchase the other 2500.  The 2500 quarters that belong to the Nation of Hedonism are being released into circulation immediately. The other 2500 belong to Doobie Central Mail Order Company Ltd., a corporation that legally dissolved years ago.  As the company has since been dissolved, it is understood that Doobie Central's share of the debt for the 2010 series will never be paid. The coins are still being produced because everything is legal in the Nation of Hedonism! A total of 5000 coins have been minted.  The 2500 quarters that are owned by Doobie Central will be distributed in such a manner that the reserve does not fall below 23%, and only after the entire 10 coin set is produced. They are being kept on reserve for a future date and will not be released for at least 5 years.
- Update: May 23rd, 2016 -
The artwork has been approved by the mint and the coins are going ahead with minting.  The coins are being minted by Hoffman Mint.  They are currently in queue to be minted.  The mint is currently backlogged and it will be 3 to 6 weeks before coins are shipped. 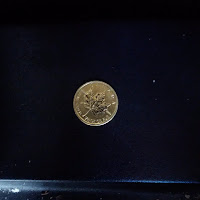